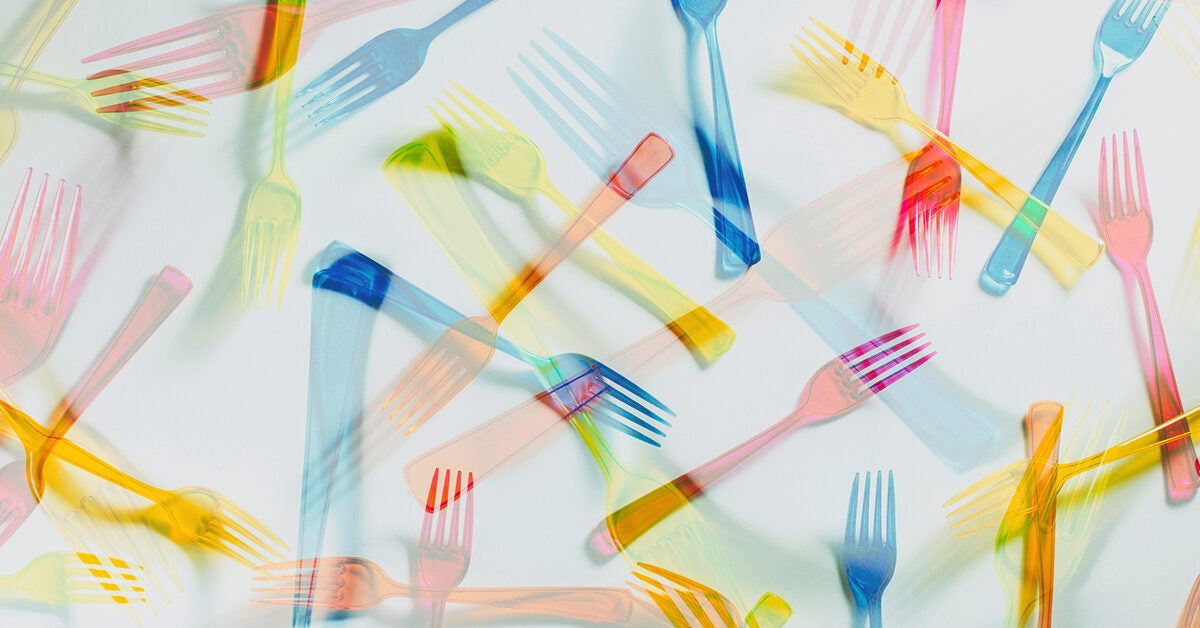 How many types of eating disorders are there?

Eating disorders are mental health conditions marked by a persistent disturbance of eating behaviors related to distressing emotions or thoughts. The effects caused by eating disorders can be:

The typical eating habits of people with an eating disorder can cause significant health problems and even be life-threatening if left untreated.

Eating disorders are complex mental health issues that have no known cause.

Many factors can contribute to eating disorders, including:

The DSM-5 identifies eight eating and eating disorders with specific criteria and symptoms.

People with pica tend to eat nonfood substances that have no nutritional value. While it may be developmentally appropriate for children under the age of 2 to put different objects in their mouths, any similar activity after that age may be cause for concern.

The types of substances ingested depend on the individual, their age and their environment. Some things people with pica commonly eat include:

Common contributing factors for pica include:

Pica can cause serious health risks from hazardous substance use, including lead poisoning.

People with pica may also have a higher risk of:

The digestive system can also be seriously impacted by pica. When your body can’t break down non-food substances, it can lead to life-threatening injuries in some cases, such as:

The main symptom of rumination disorder repeatedly regurgitates recently eaten food, then spits out, chews or swallows the contents.

People with rumination disorders usually do not experience:

Rumination disorder can be diagnosed in infants, children, and adults. However, this condition is easily overlooked or . As a result, there is very little awareness about the disorder.

There is a link between this eating disorder and:

If left untreated, rumination disorder can lead to malnutrition and esophageal damage.

However, ARFID is not just an extremely picky diet. With ARFID, you can avoid certain foods or whole food groups. You can also seriously limit the overall amount of food you eat in general.

ARFID often stems from fear that something bad will happen when you eat, such as poisoning, choking, or vomiting.

Sometimes ARFID can be linked to sensory disturbances as well as autism spectrum disorders (ASD). People with ARFID may limit their diet to avoid foods with certain characteristics to which they may be sensitive, such as:

Other common symptoms of ARFID can include:

ARFID can progress to a point where a feeding tube or supplements are needed to provide life-sustaining nutrients.

Anorexia nervosa often presents with outward symptoms similar to those of ARFID, especially with a restrictive diet. However, people with anorexia do not avoid eating due to their sensitivity to certain foods.

People with anorexia nervosa usually limit their diet for fear of gaining weight. Sometimes body image distortions don’t necessarily reflect the reality of how you look, significantly disrupting the way you see yourself.

Signs and symptoms of anorexia can include:

However, not everyone with symptoms of anorexia is underweight or low weight.

“Atypical anorexia” occurs when a person loses weight due to dietary restriction, but is still considered to be of average or above average weight. This type of eating disorder may be diagnosed as Other Specified Eating or Eating Disorder (OSFED) and may be just as serious than other eating disorders.

According to the DSM-5, a diagnosis of bulimia nervosa is based on regular binge eating and engaging in compensatory behaviors to “undo” the effects of overeating. Binge eating means eating an unusually large amount while losing control of the eating episode.

The most common form of compensatory behavior is vomiting. A person with bulimia nervosa may eat a large amount of food or binge eat, then vomit or overuse laxatives, diuretics, or enemas afterwards.
People with bulimia may also try to compensate for eating large amounts by fasting or exercising excessively after a binge.

It is common for people with bulimia to feel out of control or unable to stop during binges, followed by feelings of shame and guilt.

Signs of bulimia nervosa can be physical, emotional, or behavioral. They may include:

Untreated bulimia can lead to serious health problems and can be fatal. Binging and purging can harm the whole body and cause effects such as:

Like bulimia nervosa, eating large amounts of food in one sitting is a primary symptom of binge eating disorder (BED). But unlike bulimia, people with BED do not engage in compensatory behaviors after binge eating.

It is common to overeat sometimes. However, binge eating can seem out of control to someone with BED.

Although all eating disorders can be treated, people with binge eating may respond better to treatment than others.

OSFED classifications cover a wide range of conditions. Symptoms of OSFED often cause stress, social problems, and affect functioning in other areas of life.

Like all eating disorders, OSFED can become serious and life-threatening if left untreated.

Eating disorders that fall under the OSFED classification include:

Eating or eating disorders not otherwise specified (UFED) are often diagnosed when presenting symptoms do not meet specific criteria for a known disorder.

A UFED diagnosis is usually the result of a lack of information. For example, an emergency room doctor may examine an unconscious person and find significantly low weight and malnutrition. Even if the underlying condition is not known, doctors can conclude that UFED is present.