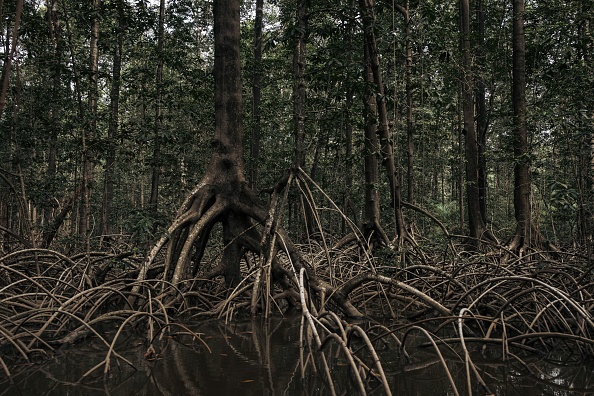 Researchers have discovered a new incentive to save mangrove forests: For 5,000 years, they have been silently removing carbon from the Earth’s atmosphere.

Mangroves thrive in circumstances that most plants cannot, such as salty coastal seas.

At high tide, some species have air-conducting vertical roots that behave like snorkels, giving the impression of trees floating on stilts.

A study team led by UC Riverside and UC San Diego set out to discover how sea mangroves off La Paz, Mexico, collected and released compounds, such as nitrogen and carbon, a process known as the name of biogeochemical cycle.

Mexican mangroves have been capturing carbon for 5,000 years


Since these processes are primarily controlled by microorganisms, the team was particularly interested in knowing what bacteria and fungi grow there, according to ScienceDaily.

Scientists expected to find carbon in a layer of peat under the forest, but they didn’t expect it to be 5,000 years old.

This discovery, along with a description of the bacteria discovered, was published in the journal Marine Ecology Progress Series.

According to Emma Aronson, UCR environmental microbiologist and co-lead author of the study, what makes these mangrove locations unique is that they have held carbon for so long.

It has orders of magnitude greater carbon storage than the majority of other ecosystems in the region.

The peat under the mangrove plants is composed of submerged silt and partially degraded organic matter and extends approximately 10 feet below the coastal sea line at some sites surveyed for this study.

Little oxygen reaches the lowest layer of peat, which probably explains why scientists have not detected any living fungi there; fungi are generally present in virtually all ecosystems on Earth.

However, most fungi that specialize in breaking down carbon compounds need oxygen.

In future research on mangrove peat, scientists may look more closely at the absence of fungi.

Over 1,100 different species of bacteria live under mangroves, consuming and excreting a wide range of chemical compounds.

The fewer microorganisms you find in peat soils, the deeper you go.

Not much can break down the carbon there, or peat itself, for that matter,” said Mia Maltz, UCR microbial ecologist and research author. “Because it lasts so long, it’s hard to manufacture more or replicate the communities.” microorganisms that live there. »

Other ecosystems on Earth are known to have similarly or even older aged carbon, such as Arctic or Antarctic permafrost, where ice has not yet thawed, allowing gases to be released, and potentially other mangrove forests.

These locations preserve carbon that has been there for millennia.

Disturbing them would lead to carbon emissions that we wouldn’t be able to fix anytime soon, according to Matthew Costa, a UC San Diego marine ecologist and the paper’s first author.

Costa argued that leaving the mangroves alone is one approach to preventing this problem from getting worse.

Why mangroves are important

Planners, biologists and coastal residents have come to recognize them as the incredibly diverse and essential ecosystems that they are, according to the American Museum of Natural History.

Mangroves, seagrasses and coral reefs all work together to keep coastal areas healthy.

Thousands of species depend on mangroves for their survival.

They also help maintain shorelines, reduce erosion, and keep the land – and the people who live on it – safe from storms and waves.

Mangroves, seagrasses and coral reefs often occur together and work together. The trees collect sediments and pollutants that would otherwise be washed into the sea.

Seagrasses act as an additional barrier against silt and sludge that can smother reefs.

Mangroves provide perfect breeding grounds for many of the world’s fish, shrimp, crabs and other shellfish.

Many species of fish, including barracuda, tarpon, and snook, seek refuge among mangrove roots as young, then migrate to graze in seagrass beds as adults.

An estimated 75% of commercially caught fish spend time in mangroves or depend on food webs traceable to these coastal forests.

From bacteria to barnacles to Bengal tigers, mangrove forests are home to hundreds of species at all levels of marine and forest food webs.

The trees provide habitat for insect species, attracting birds that seek refuge in the dense branches.

Hundreds of species of shorebirds and migratory birds, including kingfishers, herons and egrets, use these coastal forests as breeding and resting places.

And the soft ground beneath the mangrove roots allows burrowing animals like snails and clams to hide. Other species feed on the fertile mud, such as crabs and shrimps.

© 2022 NatureWorldNews.com All rights reserved. Do not reproduce without permission.