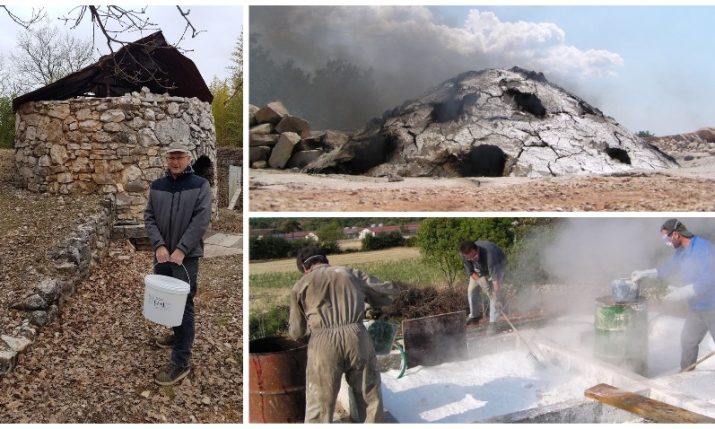 Reviving an ancient method of lime making in Croatia

Extracted from limestone found in abundance in Croatia, lime is the oldest and most effective building material in the world. The Kapitel company in Istria produces lime for historic preservers in a kiln built to old specifications.

Branko Orbanić is passionate about his work: he is an architect specializing in historical preservation and in 2000 built a lime kiln to revive an ancient method of producing the most important construction material for the restoration of old buildings: lime.

The first law of conservation is to use traditional building materials and lime has been used as a binder for thousands of years. It also happens to be right on trend: it’s durable, eco-friendly and keeps buildings energy efficient. Orbanić explains how lime plaster absorbs excess moisture in a room and releases it when the room becomes dry. “This is a natural cycle that keeps humidity at ideal levels for people and furniture.”

Lime was used not only for mortars, but also to disinfect, maintain stable hygiene, repel pests from fruit trees, and kill bacteria in well water. “It sounds like a complete drug,” I say. “Well done!” replies Orbanić.

He proudly shows me the oven, located in an idyllic part of the Istrian countryside not far from Zminj, where he and his wife Gracijela run the architectural firm Kapitel. 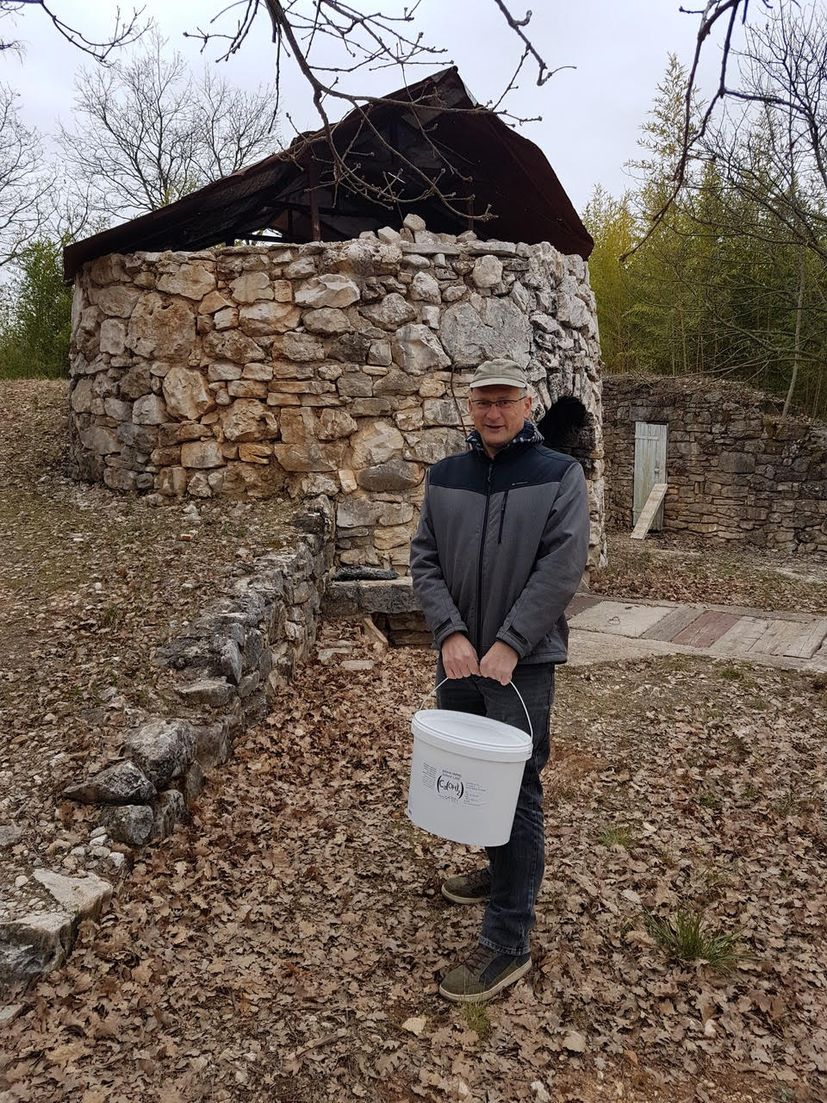 Branko Orbanić in front of the lime kiln sold by the company (Photo: private album)

The furnace is partially buried in an embankment. The chimney is a simple hole in the ground. Outside, under the trees, wooden benches accommodate the lime workshops in summer.

We walk to a beautifully restored stone hut next to the oven, whose walls are covered with examples of ancient techniques: fresco (pigment applied to wet plaster), secco (pigment to dry plaster) and stucco (decorative relief) . “Touch them,” he says, as I admire that smell of ancient Venice.

The setting is so archaic that it’s hard to imagine this humble oven having any production capacity. Can such a small structure meet the demand? Easily, says Orbanić. Kapitel is the only company in Croatia to supply traditionally made lime and works closely with the many historical conservators currently restoring Croatia’s long-neglected architectural heritage – one that dates back to prehistoric times. Kapitel also uses lime in its own restoration projects, which include churches, monuments and traditional stone houses. 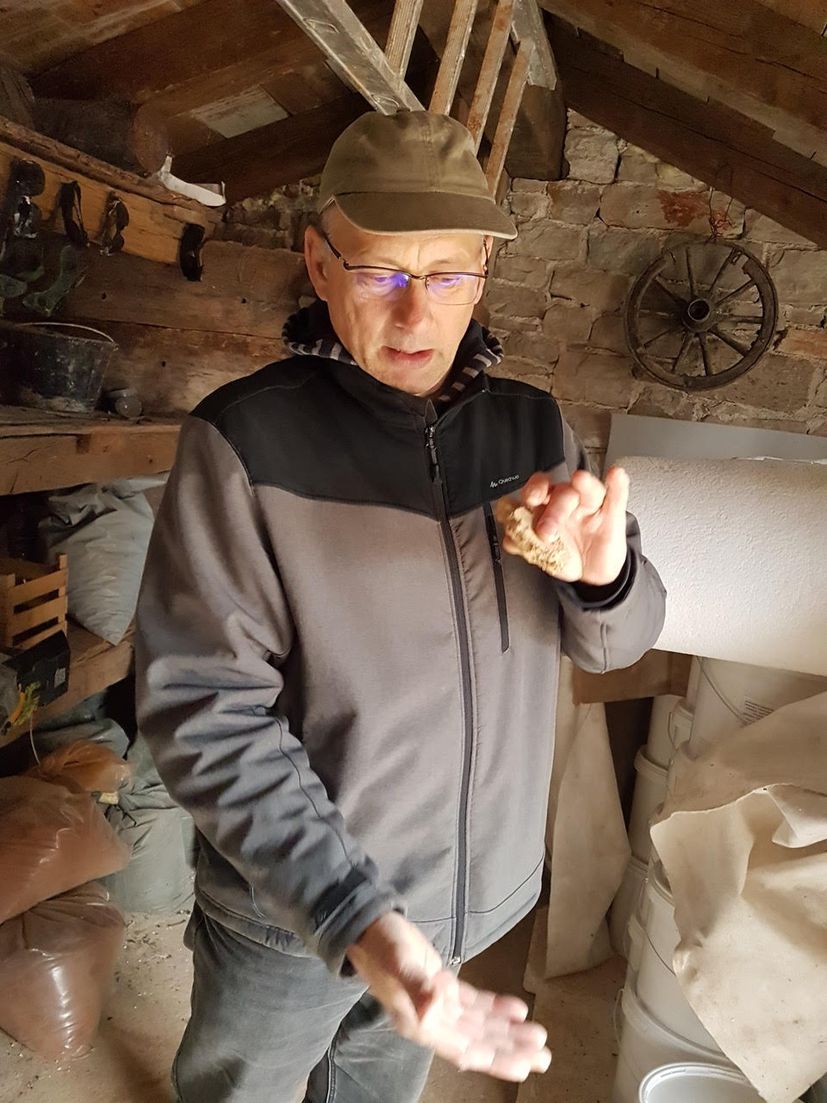 Branko has a pigment in his hand (Photo: Private album)

Orbanić was inspired to revive traditional lime production by an Austrian restoration expert, Hannes Weissenbach. “But I also remembered that in my own village there was an old lime kiln and a pit where the lime was slaked. Every village had that,” he says. “But knowledge is rapidly disappearing.”

Limestone is found in abundance throughout Croatia. And Istria has a particularly good quality limestone, rich in minerals necessary for the production of a durable binder. The kiln is lit once in the summer when the days are long, burning day and night for seven days. For quality reasons, the fire must be very clean and only thin branches of wood are used. Orbanić plays his part in ensuring quality by spending every night from 6 p.m. to midnight stoking the fire with wood. 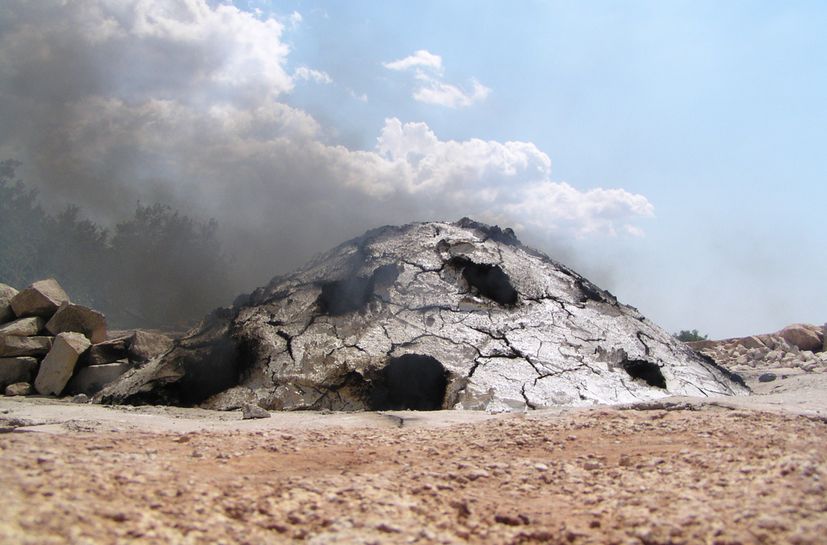 To make lime, limestone is burned. Firing produces the raw material called ‘quicklime’, which can be worked as is, or ‘slaked’ in a ‘lime pit’ of water to create ‘slaked lime’. This is then mixed with aggregates such as sand and volcanic ash to create different types of plaster. It can also be mixed with mineral pigments (which Kapitel also produces) to color and decorate walls. 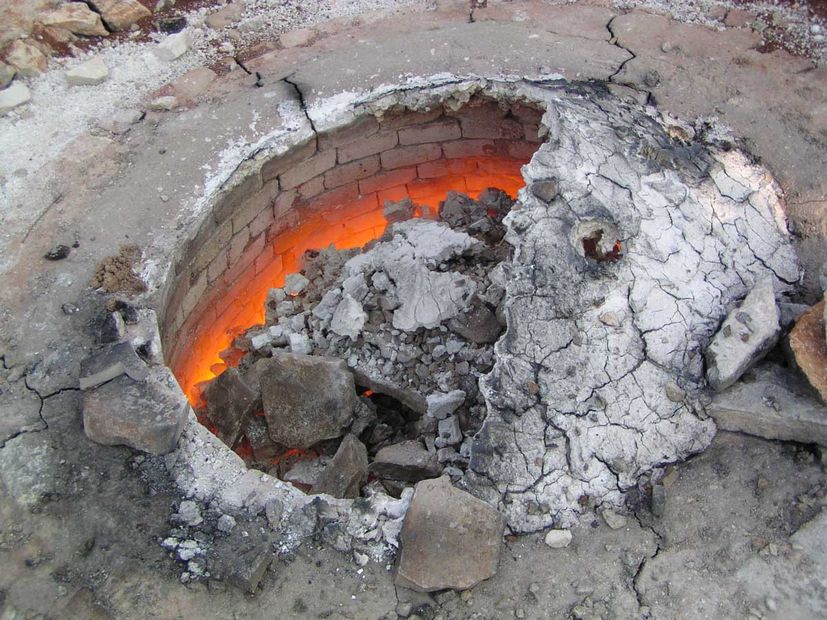 In summer, Orbanić organizes oven workshops. “My philosophy is that if you have valuable knowledge, you should spread it,” he says. He teaches the different applications of lime, as well as ancient techniques for coloring and decorating walls.

Ironically, while Croatia lags far behind Italy, Spain, Germany or Austria in restoring historic buildings, the Kapitel kiln is one of the only traditional lime kilns in Europe. “My foreign course participants cannot believe that at 21st century, this very basic lime production takes place. In their own countries, lime production has become industrialized,” says Orbanić. How it makes my heart sing to stand in this forest factory, which sustainably and effortlessly produces plaster far superior to the hypermarkets that have begun to colonize the construction market in Croatia.

Orbanić says that one of the reasons he promotes the use of lime is simply because of this “turbo development” of building materials. “Consumers are inundated with advertisements for ‘ever better’ materials, and in the hype around ‘new’, builders are under pressure to use these products. But what about the old buildings in Croatia that were built with whitewash and are still standing after 2000 years! 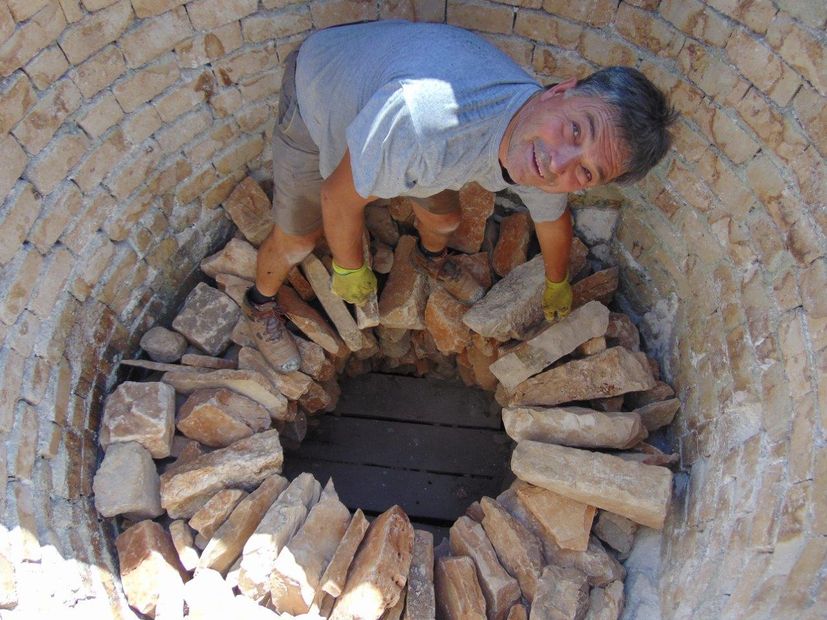 His workshops have had some influence in the industry, he says. But it’s not an easy battle. While strict laws require the use of original materials in restoration projects, traditional stone houses are neither valued in Croatia nor given sufficient protection as cultural property. The result is that huge swaths of this heritage are lost as homes are ‘modernized’ and ancient villages lose their patina. 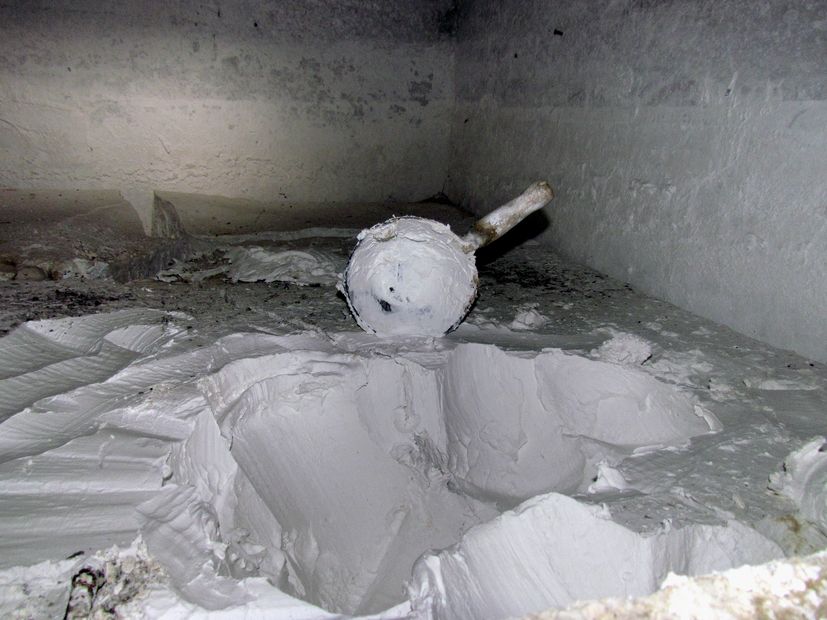 Orbanić clutches his arms in a physical display of desperation. “It really touches me,” he says. He tells a story that he often uses in his workshops. An Austrian had bought a beautiful old stone house full of charm. “The plaster, patched over the centuries with different colored floors, had a wonderful patina of grey, green and red hues. The roof was covered with old terracotta tiles. Did you know that each tile was shaped on someone’s thighs? And the house had the typical perfect proportions of a classic house. Not a door or a window was too big or too small, an archway too deep or too shallow. 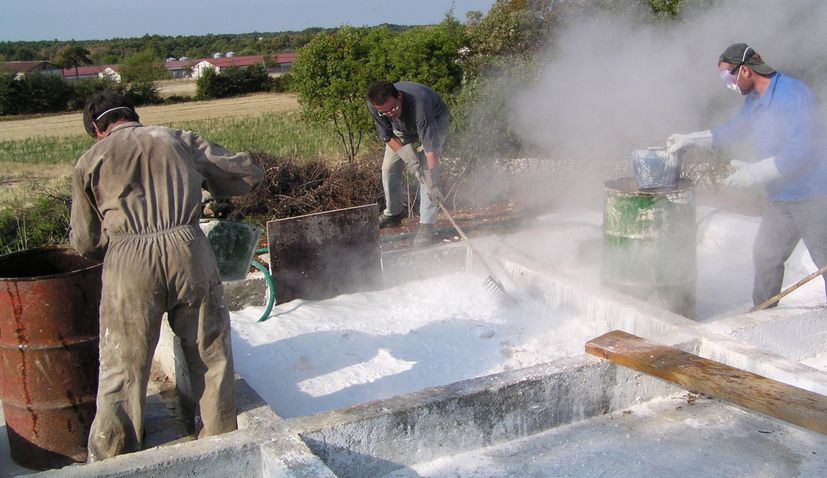 After the restoration, all the curved lines had been straightened under a cement straightjacket. The old stone window and door frames were replaced with new ones, the roof was covered with modern tiles and the house was painted orange. “People like this kind of house now because they think there is no alternative to renovating old buildings. But if you explain what treasure they would have if they did a proper renovation, then things would be different,” he says. “That’s why I teach.” 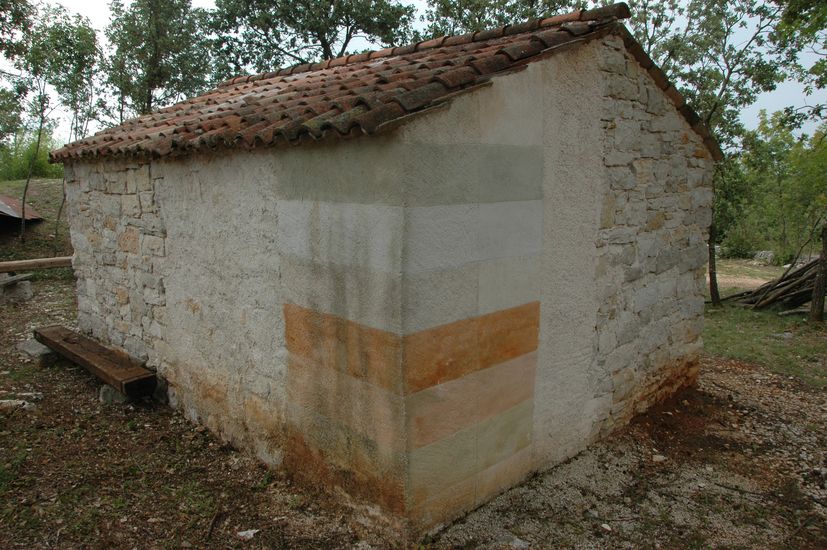 Vicki Sussens is a South African-born journalist, now a German citizen, who divides her time between Germany and Croatia, where her family owns a vacation home. https://www.clippings.me/susens