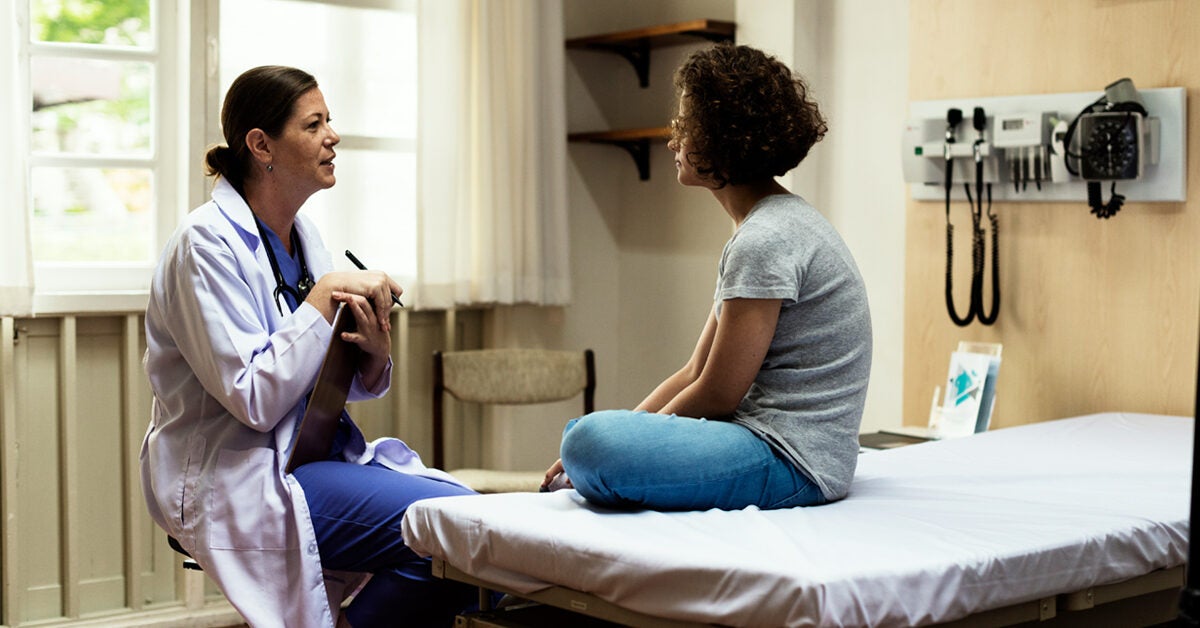 Teens visiting ERs for eating disorders have doubled during the pandemic

Throughout the pandemic, lockdowns, social isolation, and relentless anxiety and fear related to COVID-19 have led to an increase in depression, anxiety, and trauma-related mental health issues among children and teenagers.

A new from the Centers for Disease Control and Prevention (CDC) found that pediatric emergency room visits due to mental health issues have skyrocketed during the pandemic.

The proportion of mental health visits among children aged 5 to 11 increased by 24% from March to October 2020 and by 31% among adolescents aged 12 to 17.

The proportion of ED visits related to eating disorders doubled among teenage girls.

The lack of structure in teens’ daily routines, emotional distress, and fluctuations in food availability likely contributed to the rise in eating disorders, the researchers said.

Additionally, concerns about the development or spread of COVID-19 may have caused some mentally ill patients to delay care and treatment early in the pandemic, resulting in worsening symptoms over time.

“Eating disorders can develop at any time. When you add COVID stress and uncertainty to the mix, the combination can be disastrous,” said Allison ChasePhD, Eating Disorder Specialist and Clinical Psychologist with Food recovery center.

According to Chase, eating disorders were on the rise before the pandemic.

In less than a decade, the rate of eating disorders has increased by 119 percent in children under 12 years old. Anorexia is now the third common chronic disease in adolescents, after asthma and obesity, Chase said.

the National Eating Disorders Association saw a 58% increase in calls, texts and chats from March 2020 to October 2021.

“Eating disorders thrive in isolation and secrecy, so the pandemic might have exacerbated that in some people,” Chase said.

Eating disorder specialists also believe that the uncertainty, fear and anxiety related to COVID-19 have also contributed to eating disorders.

“For those more predisposed to an anxious temperament, as seen in those with eating disorders, it makes sense that emotional discomfort intensifies, leading to an increase in eating disorders,” Chase said.

Additionally, many families have experienced financial hardship and eating disorders tend to increase during times of food insecurity, Parks said.

Teens with eating disorders tend to compare their appearance or body shape and size to others.

Behavioral changes, as well as fluctuations in physical appearance, are also common.

Some may limit the amount of food they eat or suddenly say they don’t like certain foods they used to enjoy.

Hiding food, secretly eating, starting a new diet, obsessing over physical activity and going to the bathroom after meals are also common signs, according to Allie WeiserPsyD, education and resources manager at the National Alliance for Eating Disorders.

Parks recommends making an appointment with your child’s pediatrician or primary care physician.

“The doctor will want to check their height and weight, vital signs, and may order lab work or an EKG,” Parks said.

The earlier processing is launched, the more effective it will be.

Be aware of the stigma and shame surrounding eating disorders. Approach the conversation from a place of curiosity and avoid judgment or criticism, Park said.

Make it clear to your child that they didn’t choose to develop an eating disorder — they’re biopsychosocial and brain diseases, Weiser said.

Finally, take care of your own mental and physical health and consider join a support group to process your own emotions and find ways to cope as you help your child recover.