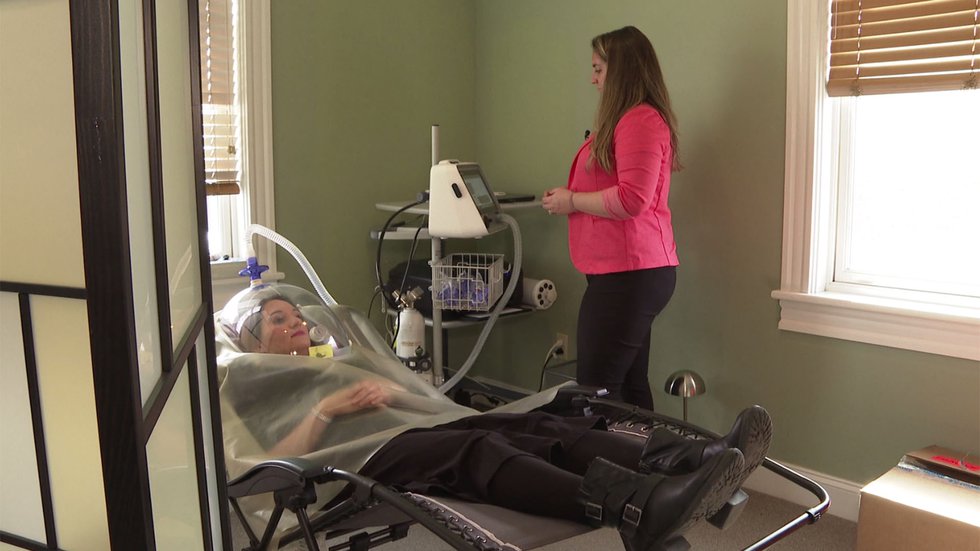 The difficulty of finding treatment in Vermont

BURLINGTON, Vermont (WCAX) – It is estimated that approximately 55,000 Vermonters will suffer from an eating disorder in their lifetime.

Eating disorders are both a mental health problem and a physical health problem. So how do clinicians help manage the complex intersection of these and get patients on the road to recovery?

As part of my ongoing investigation into eating disorder treatment in Vermont, I visited the Kahm Clinic in Burlington to find out.

Elaina Efird, registered dietitian at Kahm Clinic, always has food behind her desk. Not real food, rubber food. She uses it when patients with eating disorders come in to help them show her what they’re eating.

“This is what a normal plate of food looks like, whereas someone with an eating disorder would be like a quarter of that. They’re like it’s full of food and I’m like no, no, no,” Efird said.

Together with the models, she then shows them what a healthy plate should look like.

Developing their recovery strategy starts with a body baseline. One of the treatment tools used by the Kahm clinic is what is called metabolic testing. It basically tells the person what their body is doing: how many calories it is burning while at rest; what type of fuel it uses. It can tell them what an eating disorder is doing to their body.

Efird showed me how it works.

“It’s just going to go over your head,” she said.

It looks like a spaceship. Once inside, Efird told me to relax.

“You’re going to breathe for 20 minutes,” she explained.

By measuring the carbon dioxide I breathe out and the oxygen I take in, the machine shows dietitians what’s going on inside.

In my first report on eating disorders last month, one of Kahm Clinic’s former patients, Amelia Cassidy, attributed her recovery in part to the clinic’s use of metabolic testing, as she said the numbers didn’t lie.

“I could clearly see the numbers in front of me and Elaina took this no BS approach where she was like listening, these are the numbers, I’m not making this up. Because I had spent this whole year essentially paranoid that people, my doctors or my parents, were there to make me fat. This fear of being overweight and it turned into this paranoia; it was them against me,” Cassidy said.

Efird says it’s common for people to doubt the seriousness of their eating disorder, especially if they’ve been praised for losing weight.

A metabolic test shows them the impact on their bodies of a lack of fuel.

“It really helps with patient adherence,” Efird said. “A lot of times people come in and say, ‘I don’t think it’s that bad.’ We do the metabolic test and they’re like, ‘Oh, maybe I need some help.’ »

Efird says their clinic also tries to create a team for their patient: a therapist, a doctor, even a psychiatrist too.

But there’s only so much she can do seeing someone once or twice a week for about an hour.

Cat Viglienzoni: How would it feel to you, as someone who works in the field, to have this care option in the state?

She says that in an ideal world, Vermont would have multiple levels of treatment for eating disorders. From mid-level care where someone may spend part of the day in a clinic to residential care for those who need 24-hour meal assistance. But Vermont has neither the neither for now.

The only inpatient care is if someone is essentially on the verge of death and is hospitalized. It happens to dozens of Vermonters each year.

Health department data shows that 86 people were admitted to hospital in 2019 for eating disorders. About the same the previous two years.

But once they’re medically stable, they go out and the cycle continues because their eating disorder itself hasn’t been treated.

Does Vermont have enough treatments for eating disorders in young people?