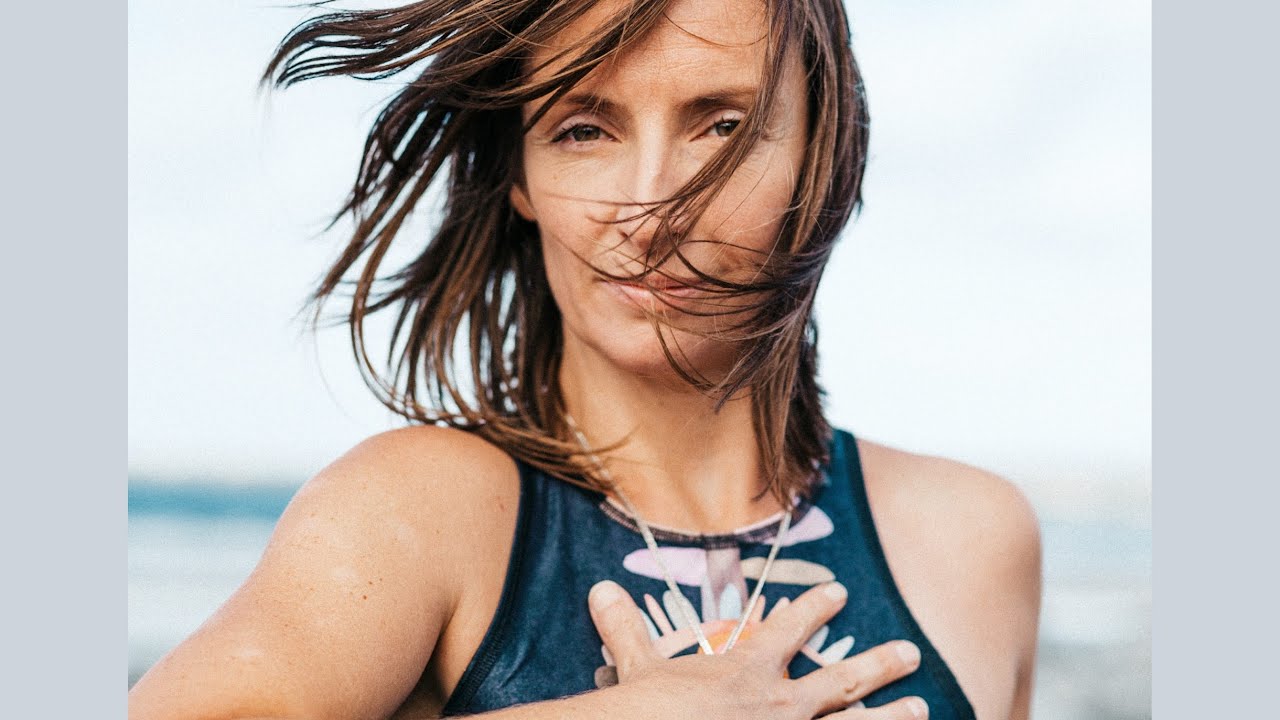 “I have always been looking for tips or new tools to help me on my journey towards physical, mental and emotional well-being.

I live by the ocean and before the sea swimming craze of the pandemic, I just had this thing in my head that I wanted to swim in the sea every day. I knew on some level that it would have huge benefits, and I knew the responsibility would be a lot easier with friends.

So, in 2017, a group of us started meeting at 7:20 every day at the prom in Lahinch. The tide was low, the wind was howling and the water was freezing. It was one of the hardest things I’ve ever done.

My children were still young at the time. I was exhausted and the sleep I was getting just wasn’t enough. I woke up tired and walked into the sea and, viscerally difficult as it was, when I came out of the water I was a completely different person.

I saw the effect it had on me both when I got home and when I got up the next day to drop the kids off at school.

I really wanted to know what was going on because it wasn’t just a physical change. It was mental, emotional and, ultimately, spiritual.

Intrigued, I Googled the benefits of cold water swimming and kept coming across this hairy Dutchman named Wim Off! I just ignored it for a very long time and took another route, but all paths would eventually come back to Wim and his method of cold therapy.

I found out later that the main Wim Off the practice is breath work. I have been a yoga teacher since 2003 and all yoga teachers are basically breath teachers.

In fact, I was trained in an ashram in India where 50% of the work we did was breath work. Of course, it wasn’t known as breathing back then. It wasn’t as sexy as it is now!

I started the Wim Off Online course method and I really started noticing the difference. With a bit of cold immersion and breathing work each day, I began to observe that the space between a situation and my reaction to it increased. I had more energy and became more tolerant with my children.

The cold represents our struggle, or whatever it is that we are going through.

Basically, I was learning to manage my nervous system. Whether it’s a cold shower or an ice bath – whatever it is – the cold represents our struggle, or whatever it is that we go through.

When we are exposed to cold, the body immediately goes into fight or flight. It’s a stressful situation, but because it’s a controlled environment, we train ourselves to deal with stress using our breath.

Then when the real stressful situation happens in life, we have this tool. As a working mother struggling to find balance in all areas of my life, this has been such a gift.

One thing I really like about the Wim Off The method is that it is proven. I know some things don’t need to be proven if they feel good in your body, but I like the science part.

The work of breathing increases oxygen levels, which strengthens the respiratory system and, in turn, increases the amount of energy that is released into the cells of our body.

One of the biggest breakthroughs in science, and probably the reason I was led to do Wim Off training in the first place, was a study at the Radboud University Medical Center in Nijmegen, which showed that we can voluntarily influence the sympathetic nervous system and the innate immune response.

Wim took a group of people to Poland where they applied his method of cold therapy. A control group then received an injection of endotoxin but, fifteen minutes before the Wim Off study group was injected, they began to breathe, while the other group did not.

Every person in the other group got sick, but no one in the Wim Off group did.

It was once thought that the immune system was automatic. Yes, we could affect it with food, lifestyle and sleep, but we couldn’t turn it on and off automatically. What this study concluded is that we can voluntarily influence it.

The first thing I saw was all those bearded guys. There was a lot of testosterone in the room and I was like, ‘What am I doing here? I am so lost.

I’ll be honest, when I first decided to go this route and train in person with Wim Off in the Netherlands, I was terrified. I cycled out of Amsterdam and the first thing I saw were all these bearded men. There was a lot of testosterone in the room and I was like, ‘What am I doing here? I am so lost.

But once they started training, I realized it was incredibly yin because you can’t fight the cold. You will not win. The method is to know your own limits.

When we were doing the final training in Poland, 40 of us climbed a snowy mountain in minus 18C in our shorts, with our clothes in backpacks. I will always remember what they told us: “It’s not that if you don’t make it to the top, you fail; it’s that if you get to the top and one member of the group suffers from hypothermia, then you all fail.

Another thing that I really like about the Wim Off The method is that it is basically free. Of course you can do the training in Poland or you can do a Wim Off retired with me to Co Clare, but these things obviously cost money.

Anyone can access the cold, especially here in Ireland. Everyone can take a cold shower and everyone can lie down and breathe.

However, even if you don’t have the money, everyone can access the cold, especially here in Ireland. Everyone can take a cold shower and everyone can lie down and breathe.

I feel like we live in a time where a lot of healing practices, which come from indigenous people, have been appropriated and the message has become quite confusing.

Don’t get me wrong, I love yoga and it’s a fantastic tool for me, but it’s not for everyone and it seems to be for a very specific demographic. It is ultimately a spiritual practice, but somewhere along the way it has become an exercise class.

That’s why I find the Wim Off So refreshing method. It’s accessible and there’s no dogma attached to it, which I like.

How cold can I stand now? This is the number one question everyone asks! And the truth is, I’m different every day. Some days the cold kicks me in the ass, and some days I think, “It’s really nice.”

Overall, I feel more resilient. There are so many things we are preconditioned to believe like “Put on your coat!”, but they aren’t always necessary.

Sure, I wouldn’t want to be stuck outside without the right gear, but I now trust myself to walk to the store without a jacket, and I know I’ll be fine.

The second we aren’t alert and focused, that’s when we get cold. It really is the power of the mind. That’s what I learned.