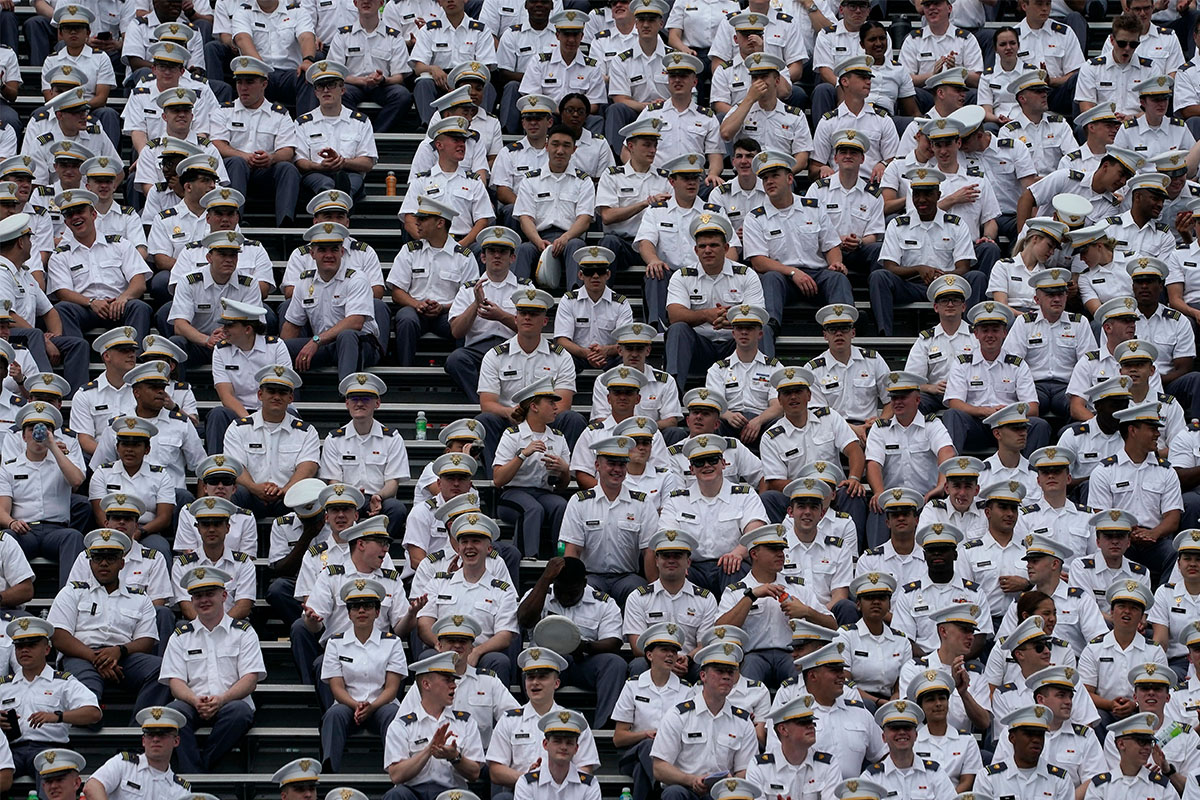 Why soldiers are more likely to have eating disorders

After insurgents stormed the Capitol building last year, hundreds of National Guardsmen were called in to protect Congress from further attacks. The images of the soldiers have gone viral take power naps on porcelain stoneware floors. For Americans removed from the rhythms and rigors of conflict, the sight was a reminder of how the military works: they are forced to find energy and respite in incredibly uncomfortable situations, often in the blink of an eye.

But while active and veteran armed forces take pride in this skill, it can have massive mental and physical consequences over the course of a career. Recent research has confirmed that military personnel suffer from increased rates of insomnia and sleep apnea (the figure has actually skyrocketed since 2005). Gathering sleep here and there in “untraditional, noisy environments,” as one study described it, might sound daunting, but it’s not good sleep. Combine that with the physicality of the profession, and the troops are locked in a constant game of catching up.

A similar scenario affects while eating customs of the military. In a recent profile per NPR, soldiers report “chaotic eating situations where they either had to go a long time without eating anything, or [had] eat very quickly under certain conditions. According to Dr. Robin Masheb, psychology researcher and founder of the Veterans Diet and Weight Initiative, “These types of things also seem to be risk factors for causing people to have more eating problems. later in life”.

A mountain of research has linked overly punitive diets to binge eating. Like The New York Times recap in january, “chronic dieters” are trapped in a self-destructive cycle. Their restrictive eating methods often lead them to overeat. As people begin to identify as dieters, their efforts are more likely to backfire. A study led by Dr. Janet Polivy and Dr. C. Peter Herman dubbed this phenomenon the “fucking shit effect.” As a result, health professionals have been gently steering consumers away from the $250 billion food industry and toward a concept called “intuitive eating,” where they rate foods that make them feel full and energized.

The military does not necessarily have the luxury of individualism or experimentation. They are not only required to eat (or not eat) at certain times, they must also meet a variety of strict and outdated fitness criteria. Think weight requirements, BMI standards, and combat fitness tests (in which, if you fall outside the “perfect” range, ranking officers might attribute your failure to your body type). A study of Iraq and Afghanistan war veterans now based in Connecticut showed a rate of bulimia to Three time the average American.

Also in play: impressive rate of sexual assault in the military, which has been largely ignored for far too long and has been linked countless times to the development of eating disorders. Additionally, the difficulty many men face – in mainstream society, let alone within the ranks of the “few, the proud” – in discussing or even acknowledging eating disorders. Women are more likely to develop eating disorders than men, it’s true, but certainly not to the point that the problem has to be gendered. Thousands of serving and retired military men face these issues.

What can be done? More funding is needed from the Department of Defense and Veterans Affairs, to begin with, to get accurate data on the extent of the outbreak. But it also requires institutional and cultural change. How can the armed forces better feed and refuel their soldiers? When will the misconception that subsisting on nothing makes you stronger (think of the football coaches who shout “Water makes you weak!”) finally fade away? And finally, let’s begin to consider the full arc of a soldier’s life: Habits imposed on him at 20 will have consequences he will pay for in his 60s. Supporting troops means supporting them all their lives, not just when they are most useful to you.

thanks for reading Inside hook. Sign up for our daily newsletter and stay up to date.