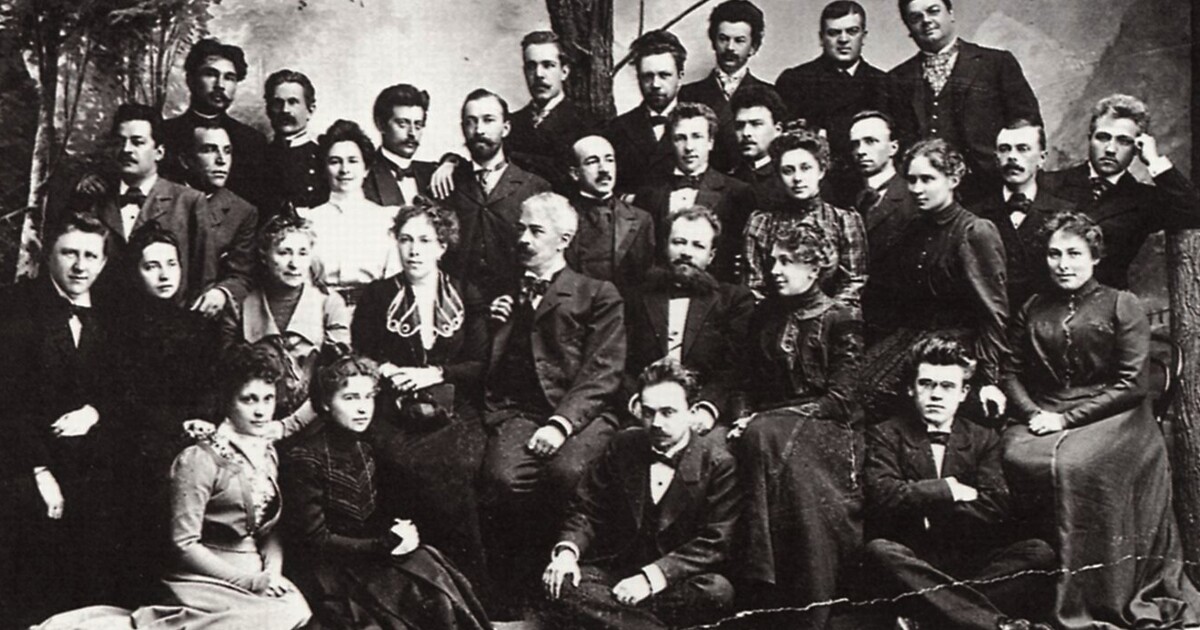 A madness in the Method

PPolitics and theater have a lot in common, not least the tendency of those involved in both to abuse certain labels. No theatrical concept has done worse on this front than “Methodacting.” Even for the casual cinephile, the line is immediately reminiscent of Leonardo DiCaprio eating buffalo meat or Daniel Day-Lewis refusing to break character between takes. You hear “Method act”, you think pretentious.

But these practices have only a distant link with “the method”, a style of acting born in Russia and developed in America throughout the 20th century. There are a number of reasons why this specific school of thought has become synonymous with all sorts of affectations, but the most important is this: even among its most notable founders and practitioners, no one can be entirely d agreement on what the Method is.

In The method: how the 20th century learned to act, Isaac Butler attempts to shed some light on this elusive idea. A theater critic and professor at The New School, Butler has written an engaging and accessible account of a complex and niche subject. In doing so, he dispels common misconceptions about the method and shows how much 21st century actors owe to a handful of acting teachers and their esoteric ideas.

Long before Americans practiced the method, a group of Russian actors studied a new acting philosophy devised by Konstantin Stanislavski in the late 19th century. A character actor from a wealthy family, Stanislavski felt trapped by the state of Russian theater. Not only were the productions disconnected from reality, but the actors were disconnected from what Stanislavski considered a “sacred task”. In 1898 Stanislavski founded the Moscow Art Theater and began training actors in his then radical style. Stanislavski “declared himself the scourge of hokum, eliminating the resounding voices and operative gestures” that characterized Russian theater. Instead, he encouraged the actors to connect with their characters and act authentically and realistically. It was at this time that Stanislavski began to develop the abstract concepts that were to constitute what he called “the system.” He believed that actors gave very good performances not by affectation but by getting into the “creative mood”. Stanislavski argued that the “creative mood” could only be captured if actors tapped into their “superconscious” by harnessing their personal experiences for inspiration.

Harnessing the power of “affective memory” in turn required the actors to piece together their roles bit by bit, through script study, research, emotional exercise, and so on. The ultimate end of the system was perezhivanie, or experience, which Butler helpfully defines as “a state of fusion between actor and character, a fusion of the two selves”.

These concepts are heavy and open to interpretation, largely because Stanislavski did not write about “the system” until later in his life and often contradicted himself on his own teachings. The ambiguity this creates will forever remain an integral part of the Method. Butler does a great job of opening Stanislavski’s world and ideas to a wider audience. However, the Russian theater of the early 20th century is not the most exciting subject. Fortunately, The method really begins to gain momentum when the Russian revolution forces “the system” and its practitioners to take refuge in America.

Members of the Moscow Art Theater began traveling to the United States around 1920 and immediately began teaching versions of Stanislavski’s system as well as their own acting philosophies. In 1931, a group of Stanislavski’s intellectual grandchildren founded a theater collective in New York. The Group Theater synthesized the various Russian acting theories and dubbed it “the method”, which they said sounded less totalizing and pretentious than “the system”. Among the founding members of the collective were Lee Strasberg and Stella Adler, whose lifelong feud would change the state of American acting. There was no shortage of ignition for the enmity the two men had for each other. Strasberg was a neurotic fledgling actor whose theatrical career began when he studied under Stanislavski’s students. Adler was the scion of a dynasty of American Yiddish actors who were skeptical of the method from the start. Both were intense, and neither was very likable.

But their real clash was a matter of interpretation. In 1934, Strasberg and Adler made a pilgrimage to Moscow. Adler met Stanislavski and claimed that the master had disavowed Strasberg and the Group Theater’s reliance on memory and emotion. For his part, Strasberg was shocked to find that the Moscow Art Theater had abandoned Stanislavski’s system to the detriment of the company and decided to double down on the very principles that Adler was determined to purge from the Group Theatre. For the rest of his life, Adler would maintain that an actor’s imagination was the key to authentic performance. Strasberg argued that actors really needed to feel a character’s emotions in order to perform well. They never found common cause. When her lifelong rival died in 1982, Adler told her students, “The theater will take decades to recover from the damage Lee Strasberg inflicted on actors.

Butler analyzes the Strasberg-Adler feud in detail, helpfully retreading their philosophical differences over and over again. It is a fascinating study of how intellectual movements divide. But more importantly, it shows that, from the public’s point of view, the differences between the different sub-methods are irrelevant. What matters is the emphasis on the “authentic” type of performance that allowed actors to carry the realistic plays and films that would define 20th-century America.

It is now impossible to think of The Method without thinking of Marlon Brando, propelled to superstardom by his turn of Stanley Kowalski in Tennessee Williams. A streetcar named Desire. Williams, an Actors Studio alum, gave the cast of Method plenty of opportunities to channel “authenticity” with his raw and morally ambiguous script. The play and its film adaptation were directed by Elia Kazan, alumnus of Group Theater and co-founder of Actors Studio. The publicity surrounding tram anchored the Method in popular consciousness. And, in Butler’s account, the method replaced the old Hollywood consensus with the 1972 premier. The Godfather. “Buy a ticket for The Godfather,” he writes, “meant that you would see … the passing of the torch of the method by Marlon Brando to a new generation.” The film’s protagonists were all Method actors, including Al Pacino, Strasberg’s favorite student. By the time Adler’s student Robert DeNiro played a young Don Corleone in The Godfather: Part II, the method had joined the ranks of what Butler calls “the great ideas of the twentieth century.”

Like many of these great ideas, the success of the method has made it a bigger target for critics. This probably inevitable process has been accelerated by two factors. The first was the decision by Hollywood studios to create marketing campaigns around the method game. The second related point was the growing number of actors whose antics were attributed to the Method, despite not giving a damn about it. It’s one of the most interesting parts of the book – and certainly the one with the most contemporary relevance. Unfortunately, Butler speeds up this section, leaving more questions than answers. He clarifies, for example, that Dustin Hoffman’s notorious antics while staying in character on set, including slapping Meryl Streep to induce real tears or going on a bender to look disheveled, aren’t even close to acting. method, well understood.

But Butler doesn’t explain why so much extreme behavior has come to be associated with the Method, or how it has become so popular among a new generation of American movie stars. It’s probably related to the method-centric campaigns of Hollywood marketing departments, but Butler leaves room for speculation. It’s a disappointing vagueness in a book whose only other weakness is a tendency to overexplain.

In a way, the method has come full circle since Stanislavski first prepared it in a Moscow cafe. Then, as now, it was a niche and misunderstood theory practiced by a handful of dedicated players and widely derided by the mainstream. But along the way, the method has rewired American acting. Like socialist activists who get rich criticizing capitalism, the majority of people who scoff at the Method today do so using ideas and vocabulary inherited from Strasberg and Adler.