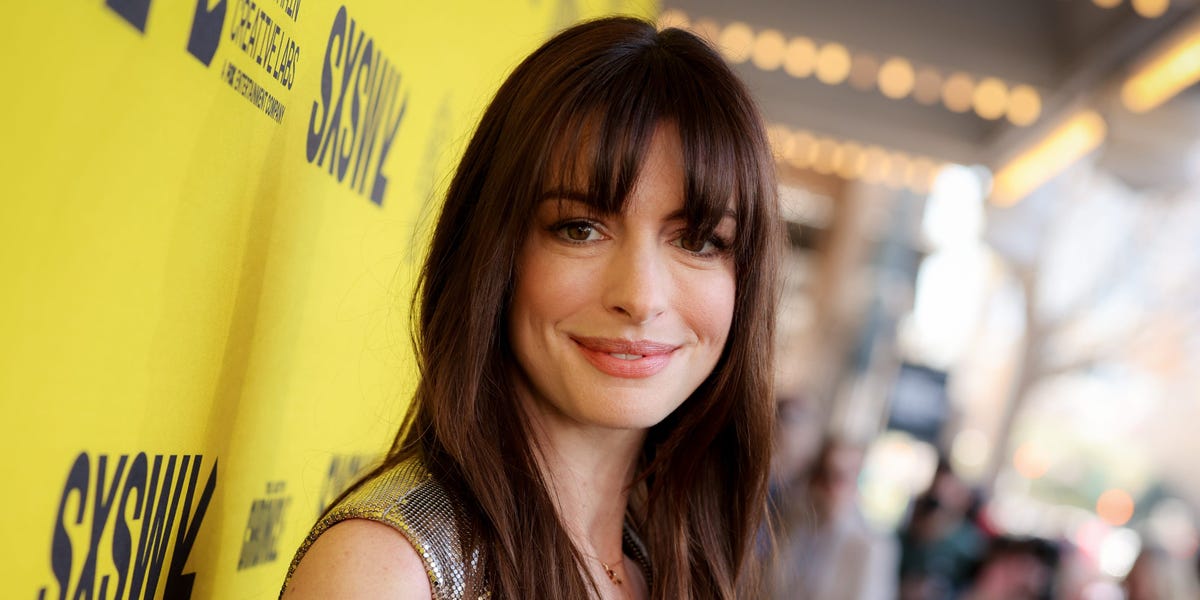 Anne Hathaway said she went ‘raw vegan’ to prepare for her role as Rebekah Neumann in new ‘WeCrashed’ series, but that and yoga were the extent of any acting method she used for the series.

On Tuesday’s “The Late Show with Stephen Colbert,” Colbert asked Hathaway if she tried her hand at “method” for the new series, or if she usually does method as an actress.

“I do, I do, but I have kids,” Hathaway replied. “Let me explain. My kids love me and I’m sure on some level I care about what I do, but I also just want their mom, so.”

Hathaway plays Rebekah, the wife of former WeWork co-founder Adam Neumann, in the new Apple TV+ series, based on the Wondery podcast of the same name and chronicling the company’s meteoric rise and fall. Rebekah, a cousin of actor Gwyneth Paltrow, was a yoga instructor who was behind WeWork’s meat ban, a former executive told Insider in 2020.

Hathaway said she was “very interested in yoga” for the role and was also a “raw vegan”.

“So I was this raw vegan, and I did this thing where you’re like, ‘This is it,'” Hathaway told Colbert. “I’m so deep into my character, I’m just like – ‘I think I’m vegan now. I think that’s it. I’ve done it before, I know I’ve done it before, and I know it’s never stuck, but I think now is the time to do it.'”

Hathaway has gone vegan in the past. People reported that she went vegan before her role as Catwoman in 2012’s “The Dark Knight Rises.” She maintained the

until 2014, when she was filming “Interstellar,” telling Harper’s Bazaar at the time that she didn’t feel “good or healthy” or “strong.”

In the end, Hathaway said Tuesday, veganism didn’t hold up this time either.