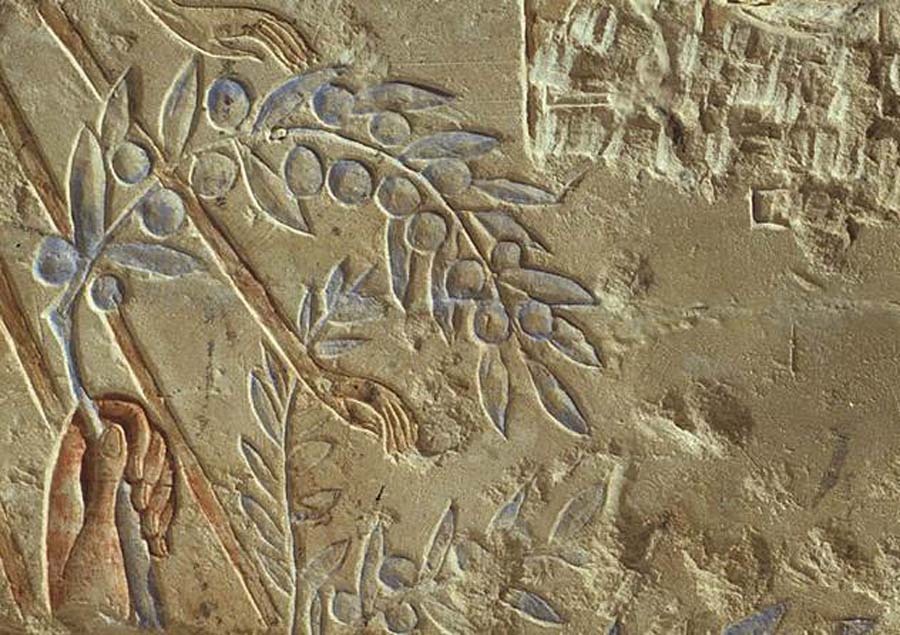 Dr. Emlyn Dodd, an archaeologist who specializes in the study of ancient foods and beverages, attempted to recreate the ancient and original method of pressing Egyptian olive oil called the twist method, which was first documented there. 4,600 to 4,500 years ago. Dr. Emlyn Dodd has recorded his long observations of high-yield Egyptian olive oil production and also demonstrates how important this kind of “experimental archaeology” can be in reconstructing the past.

From Crete to Israel to Egypt: The Story of Egyptian Olive Oil

The ancient inhabitants of Crete already knew about the “Mediterranean diet” and the value of olive oil almost 10,000 years ago! And over time, olive oil quickly became one of the main commodities of the ancient Mediterranean world. In fact, olive oil was a key ingredient in international trade, cooking, personal hygiene, rituals, medicine, fuel, and as an agent for making soaps and oil cards.

With the expansion of Greco-Roman culture in the 8th century BC, the cosmetic use of olive oil became widespread in less than 100 years in most Hellenic city-states, despite the fact that it was very expensive. As Greek colonies were established in other parts of the Mediterranean, olive growing was introduced to places like Spain (today Spain is the largest producer of olives in the world) and spread throughout the Roman Empire.

The Cretan Greeks were the first to produce olive oil in quantity. This is an old olive oil production workshop in Klazomenai, Ionia, in today’s Turkey. ( Public domain )

The civilizations that formed in and around the Mediterranean spent a great deal of time and energy developing efficient methods for harvesting and producing olive oil. Ancient agricultural texts meticulously describe what tools and equipment were needed, how and where to grow olive trees, and other practical details of production. There are also a few historical accounts available that deal with olive oil. For example, an account by Pliny the Elder mentions how essential olive oil was for the “outside” of the body, describing it as a “necessity”.

Dr. Emlyn Dodd, who is the assistant director of archeology at the British School in Rome and the mastermind behind the recreation of Egyptian olive oil technology. In a wonderful article on The conversation he explains:

“The detail of these texts is astounding. It extends to specific instructions for creating olive oil as well as recipes for different types. Combined with surviving iconography and art that depict these processes, as well as the archaeological remains of oil mills and olive groves, we can attempt to reconstruct these antique goods .”

It was the Egyptians who invented the super useful twist bag technology for extracting oils, including, of course, Egyptian olive oil. This fresco comes from the tomb of Puimre in Thebes. Puimre was an ancient Egyptian nobleman and architect during the reign of Thutmose III in the New Kingdom, Amara period (1550-1069 BC). ( Public domain )

Dr. Dodd wanted to understand the practicalities of the ancient, high-tech Egyptian olive oil production technique. He shared his experience in a short Twitter video post .

Dr. Dodd replicated the twist bag press method using the following steps, which he discusses in detail in an article on Inside hook . First, the olives are crushed and placed in a permeable bag. Then sticks are attached to both ends of the bag. Then the two sticks are twisted in opposite directions, which compresses the bag and extracts most of the olive oil. The torsion bag method was recorded as early as 2600-2500 BC. in the tomb of Nebemakhet, son of a king and vizier of the Fourth Dynasty (c. 2613-2494 BC).

Dr. Dodd writes, “Despite the fact that almost no archaeological evidence is known of actual olive oil facilities in Pharaonic Egypt, with iconography providing the only real clues, this experiment has clearly shown that it is possible to press olives and produce oil using this frequently depicted method.”

Although the Egyptians presumably used this twisting method for wine production, Dr. Dodd wanted to test this technique for making olive oil, to see what quality could be produced. A simple cheesecloth was used as a bag for the process, and a basic mortar and pestle method from 5000 BC. was used to crush olives – a mixture of green and black olives from Australia – into a pulp.

The dough was then placed in the cheesecloth bag and various twisting methods were tested. Constant twisting pressure successfully provided consistent, even dripping of oil, without damaging the fabric. Different batches with slight modification of method and olives produced different results. Even Pliny acknowledged that the same batch of olives can yield different results with different production methods.