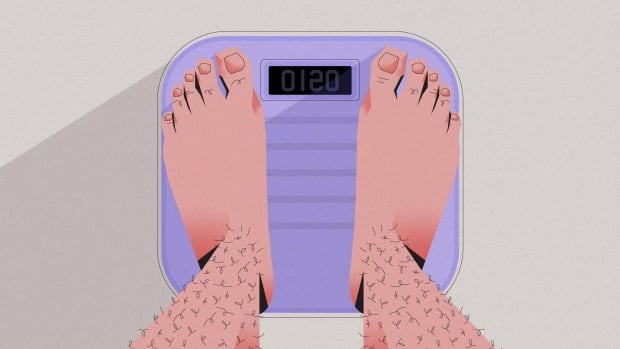 If you think men don’t have eating disorders, read my story

This first-person column is written by Gregory Walters, who was diagnosed with an eating disorder in his 50s. For more information on CBC first-person stories, please see the FAQs.

It all started with pants. I’ve been obsessed with my weight since I was 11 when I had a pair of Lee’s husky jeans for the new school year. I had some belly fat and was told, “You’re going to grow taller. I guess I did, but the label of big shame stuck.

Much of my life has been ruled by labels – some good, some bad. Hoarse. Sugar free. Fat free. Bipolar. Gay. Then finally, anorexic. I grew up in what seemed like the ’70s and’ 80s, diet freaks. While it seemed like men weren’t talking about dieting, many women were obsessed with it. Every time I got on the scale I got worried. Was my weight gain due to getting taller or wider?

I spent my teenage years eating way too many frozen pizzas, gulping them down with Tab, Diet Dr. Pepper, and Diet Faygo. At the time, “sugar-free” and “zero calories” were the buzzwords for pursuing slimming and I gobbled up those soft drinks without worrying about reports from the time that saccharin gave cancer to rats. I was much more worried about the present fat than the future chemotherapy.

In college, I established a diet that satiated my appetite while losing weight. My six foot and one inch frame dropped to 120 pounds. My friends organized an intervention and I spent the next decade playing ping-pong between too many Häagen-Dazs and grocery bags stuffed with everything “fat-free” – the new label to attract people. to the desperate diet.

Sometimes I thought I had a problem, but dismissed it: my ribs weren’t sticking out; I was too dramatic; I had never heard of a guy with an eating disorder. Yet when I was 30, my friends begged me to see a doctor.

I went. Head down, I whispered, “I think I have an eating disorder.” My doctor didn’t ask any questions. Instead, he told me I was fit for my age and that there was nothing to worry about. The visit confirmed what I suspected: men do not have eating disorders.

I continued with relatively normal eating cycles, followed by long periods of intense food restriction and excessive exercise. I never shook off the shame of the way I perceived my body. A regular swimmer, I drove to a pool on the other side of town so no one I know would see me without my shirt on. I have adopted more strategies to fight fat.

I was 53 years old in a psychiatric ward after a severe nervous breakdown. Faced with zero control over my existence in detention, I exercised the limited control I had over my body by resisting food and confusing nurses and a dietician trying to increase my food intake. Over two decades after I first raised the issue, I was finally referred to an eating disorder program.

First came the assessment. Thought I wouldn’t meet the criteria for an eating disorder. I was an impostor: wrong age, wrong height, wrong sex. I was the only man in a waiting room filled with young women and their mothers. During an orientation session from my local health authority on eating disorders, a woman’s anatomy appeared on a slide, but there was nothing for the men.

I burst into tears when I was told I was anorexic. I felt that my problem was finally recognized and that my struggles were validated.

It was four years ago. I learned that until 25 percent of eating disorders involve men who may be at greater risk of dying because they are less inclined to seek help. In group sessions, it is difficult to connect with others. I rarely see someone like me. Every now and then there will be another man, but I’m the outlier.

I desperately needed to feel that there were other men with eating disorders and to connect with the shame and stigma that was somewhat different from the experiences of women. That’s why we tried to create a group of men, but after a few sessions it went from four to me.

Despite a range of treatments, my resistance to a healthy diet is well established. My days remain structured around food restriction and exercise. I did not advance.

I wonder if I would have had better luck if more doctors, the general public and I knew more about men with eating disorders when I was 30 years old. I want people to know that eating disorders can happen to men too. As I continue to hope that one day I am ready to change, I want other men to seek help.

Do you have a compelling personal story that can bring understanding or help others? We want to hear from you. Here is more information on how to introduce ourselves.